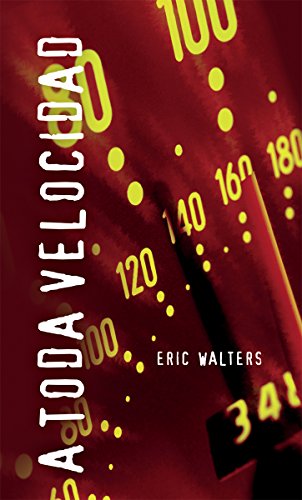 
While living in Kazakhstan, Kolya continues correspondence with the other Gogols. The excerpts from the letters appearing closer to the end of the book reveal a particular agitation among the Gogol clan with regard to the meaning of the Soviet period in Russian history within the Exodus narrative. 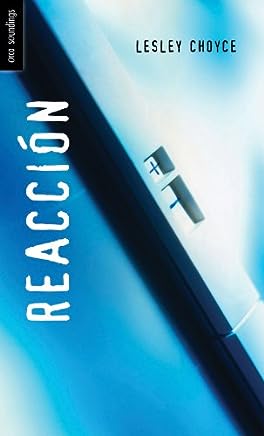 There is unanimous agreement that the Soviet project proved to be a return to Egypt for the Russian nation. However, the opinions on the true nature of Egypt as well as on the aftermath of the journey back across the Red Sea vary. He views it as a man-made paradise that sprang up in the middle of the desert thanks to the collective labour of workers, and Lenin, the architect of the Soviet version of Egypt, is comparable if not superior to Jesus Christ.

For them Lenin is just another cruel pharaoh, which is corroborated by the fact that his body was turned into a mummy after death. As Artemy succinctly puts it:. The Plagues of Egypt — locusts, droughts, rivers of blood — were beyond count.


We built hundreds of Pithoms and Ramseses, learnt again to deify the pharaoh, to erect tombs, and, when he departed to the world of eternal rest, to mummify his body. The latter proved to be the toughest of all. The brief excerpts of the letters merge into a continuous but dissonant chorus, each voice trying to come up with the persuasive explanation of the dire straits of the chosen people, splitting hairs over the symbolic meaning of historical personages and major events, mostly tragic, within the whole theological model pieced together from sacred and secular texts, pseudo-science, philosophy and superstition, which increasingly begins to resemble a drawn-out round of some kind of Glass Bead Game, a virtuosic but utterly useless juggling with ready-made concepts that does not necessarily yield anything new.

Perhaps the greatest revelation for Kolya comes from the allegorical anecdote told him by a certain Yevtikheyev who used to serve time in the same labour camp as his father and Kapralov. Herein lies a valuable if bitter lesson for Nikolai Vasilievich Gogol the Second as well as his relatives: if they had become reconciled with the fact that regaining the Promised Land was a chimera and stopped their futile hermeneutic speculation that had been consuming too much of their time and effort, they would have regained at least peace and serenity, which in earthly Egypt might be the next best thing to the eternal repose in the Heavenly Jerusalem.

There is even something soothing in the sound made by the River Nile at night. Yevtikheyev and his mother learnt how to listen to it, so the others could have too.

William Blake, Christian reading in his book. Five years ago on this day I posted my first review here. Since I have managed to keep my few but faithful readers interested thus far, I believe that time has come to tell the story of The Untranslated. At the time, at my university knowing English well was cool.

Being able to read an English-language book or a book translated into English without a dictionary was extraordinary.

We always adored professors with rich English vocabulary and the most native-sounding pronunciation. Those were the signs of great mastery achieved through perseverance and determination by people who spent most of their lives behind the Iron Curtain. So, there was this professor speaking fluent English who was going to talk about literature not originally written in English, which he must have read in translation.

And then something incredible happened: he told us to follow the translation while he was reading out the poems in Spanish. I was astounded. I had never experienced anything like that before. I realised that some day I would like to be able to do just that: to read the works of my favourite writers and poets in the original, and in as many languages as I could learn.

As it turned out, besides English and his native German, Gumbrecht was proficient in Spanish, Italian, French, Portuguese, and could also read some additional languages. I wanted badly to get at least reading proficiency of the major European languages.

He was born in West Germany in a middle-class family and had the opportunities to study in France, Spain and Italy. I was born in the Soviet Union in a family with modest income and at that time I had not even been outside the borders of the former USSR, which had collapsed a decade before.

The Untranslated | A blog about literature not yet available in English

Notwithstanding these setbacks, I set out on my journey. I developed my own system of drastically increasing my vocabulary that proved to be tedious but effective. There were lots of such words. After that, I moved on to another story, which was a bit longer. I proceeded in this fashion until I was able to read a complete novel in French, and, strangely enough, I cannot remember what it was. Slowly but surely, my reading abilities in French were improving, but there was still so much to achieve. When I started working as a translator and foreign language course manager at a small company, I profited from the opportunity of taking ten private lessons of Spanish with a teacher from Peru for less than the regular price.

After that, I bought a couple of Spanish textbooks, some books in Spanish by the authors I liked and went on to study solo, more or less following the pattern of my French studies with the only difference that this time things moved a bit faster. I was ridiculously proud of that.

Next was the Italian language whose intensive study was triggered by a tourist trip to Italy. I was as astonished by the beauty of the spoken language as by the beauty of the architectural monuments. Baricco, Pirandello, Landolfi, Buzzati, and more Eco followed. German proved to be a tough nut to crack. So much different and so much more difficult than the other languages I have studied, it stubbornly refused to join my arsenal.

It is still weaker than my French, Italian, and Spanish, but several textbooks and novels later, I can read German texts at an unhurried pace and with a recourse to the dictionary, which still requires me to interrupt reading too frequently to really enjoy the process. That was my linguistic situation around the time I decided to start a blog. The idea had been floating around for some time, and I can point out at least two major sources of inspiration. While looking through the magazines in a library when still a student, I was utterly fascinated by the reviews of recently published foreign language books.

It was such a great idea, to share with the English-speaking audience what was going on in other literatures, presenting for the first time what would perhaps later become classics of world literature. Those reviewers who could read foreign languages were at the cusp of grandiose events that would reach the English-language world with a delay, like the light of remote stars.

With time, I developed a peculiar habit of searching for any available information, in any language I could read, about particular kinds of books. Most of those books were either unavailable in English translation or, if they managed somehow to fall through the cracks, remained out of print.

There was a whole world to discover, a hidden dimension of the shadow canon lurking outside the matrix. Each time when I stumbled upon a brief mention of some book which sounded extraordinary, I caught myself wishing that there was somebody who would write a longish review in English so that not only the curious reader like myself, but also the potential publisher of its translation could get a better idea of what the book was about.

It offered a collection of recommendations from authors, translators, journalists and publishers, who briefly described great books in foreign languages which were still not available in English, drawing attention to the goldmine of untranslated literature that I had been exploring on my own for some time.

Here it was, the idea for my blog in all its simplicity: a blog dedicated to great untranslated books. No more occasional name-dropping, no more clues and hints and winks and nudges, no more meek footnotes and self-effacing marginalia. All that is obscure, wild, strange, challenging and completely ignored by most of English-language readers will take centre stage now. At least on my wee blog. During the following four years I consolidated my knowledge of the languages and acquired some of the books I discovered in the course of my investigations.

God bless the online bookstores! After posting my first five reviews I finally realised all the inherent challenges of running this kind of blog. First and foremost, my readership was too small. Although Google generously began putting links to my reviews on the first pages of search results for the titles of the books I reviewed, the fact that almost nobody searched for those titles perfectly explained not only the high rankings of my posts but also the lack of the readers. Remaining elitist meant remaining ignored. There was no way I could draw readership by blogging purely about untranslated literature, but adding reviews of books in English was also out of the question, for it defeated the original purpose of The Untranslated.

Those attracted some additional traffic. It even got me a tiny interview with The Wall Street Journal. Going on Twitter also proved extremely beneficial. The most important recent development for me has been the willingness of some of my readers to contribute guest posts.

And yet, and yet, and yet, after these five years I cannot help but think that my blog is, if not a failure, a very insignificant accomplishment. Of course, I can be bursting with pride for having written the only English-language reviews of some of the greatest books of world literature, but this does not mitigate the fact that my readership is unforgivably small for a five-year-old blog. Who am I trying to fool? This is not my case. I will never be that productive, and most of my reviews will always require a lot of time and effort.

This brings me to the way I write my reviews. Perhaps, some of you might be interested in the mechanics of the process. First, I read the book to be reviewed. When about a third into the book, I start accumulating some material for the background reading and research. That could be anything: articles, books, documentaries, radio podcasts. Very little of all this finds its way into my reviews, but it is very important to me to have all that information for a better understanding of the given text.

“One Learns Fast in a Fight”

When I have finished reading, I take a notepad and look through the book again, writing down a summary of the plot with all the quotations I find striking or just noteworthy. The length of this summary varies from ten to a hundred pages. When the summary is over, I take a red pen and go through it underlining the most important details. At this point the idea of the structure and content of the review begins taking shape in my mind. The final step is the review itself, which can take from a couple of days to several weeks to write.

The only review that I wrote in the matter of hours is the first one, and, needless to say, it is the worst. I spent more than a year teaching myself Catalan, and then six months reading the novel.